The weather and Brian Doyle 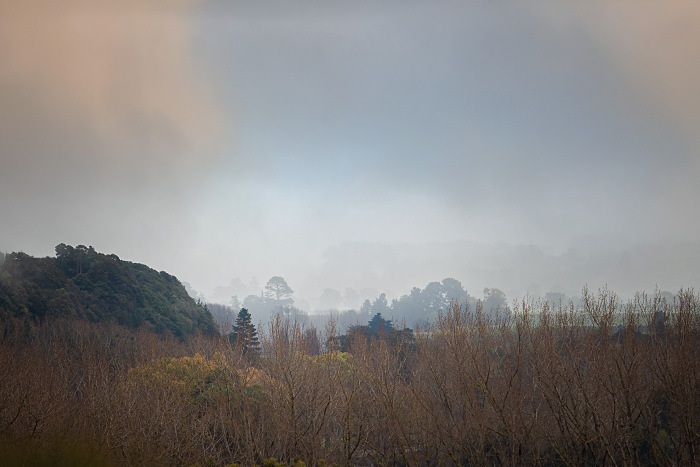 The weather arrived at a quarter to three as I was reclining on the couch reading Brian Doyle’s excellent collection of Brian Doyle essays, Reading In Bed, with the new electric heated throw wrapped over my body from the waist down and my upper body encased in my best largest puffiest down jacket (the Mont Bell) so if anything had been watching I must have looked like a giant grub or chrysalis, but nothing sentient enough to make that comparison was around to watch so I was safe from those kinds of uncomplimentary judgements. But boy, that weather wasn’t holding back. The rain pounded down so hard it sounded like hail, and darkness moved over the face of the land so if I hadn’t been reading on my Kindle I’d have muttered, ‘God, let there be light’ respectfully like a prayer not blasphemously, and would have had to metamorphose into adult form, crawling out of my electric heated throw cocoon to get to a light switch. Fortunately, I had plenty of charge left in the Kindle and I’d adjusted the brightness and font size so I could ignore the rain and keep reading, which is all anyone reading Brian Doyle essays or books or anything else by Brian Doyle ever wants to do. By the time I finished the book the rain had given up trying to discombobulate me or stimulate a premature metamorphosis and had settled into a quieter sulking steady rhythm that I took to be respect for Brian Doyle’s writing, and when I finally closed the cover on the Kindle I noticed the rain had stopped. So it should.
It came back later for another attempt but I was impervious and laughed at it and enjoyed the sound of its tantrum on the roof, and again it exhausted itself and gave up. In the battle of the weather versus Brian Doyle and me, we won by a loooong way. At least for the moment, though, because the weather has now called up a vicious bitterly cold violent hissy fit from the deep Southern Ocean and if the forecasters are to be believed, that evil blast should get here tomorrow night. I’m prepared, though: I have plenty of charge still left in the Kindle and Haruki Murakami’s latest collection of short stories, First Person Singular, to read. I just have to resist the temptation to read it all tonight, which might be a problem because his books are soooo good, which makes me wonder: how can two writers so different in style as Brian Doyle and Haruki Murakami be so wonderful and weather-resistant?

Photo: Evening rain moving up the valley earlier this year

Posted by pohanginapete at 5:24 pm

Despite your enjoyment of the Kindle contents that sounds very grim. Your lovely photo of approaching rain is in sharp contrast with your description of its arrival. I do hope there's not a power-cut.

RR — power cuts are, sadly, part of life here. They're not as frequent as they used to be but still to be expected. I know to be prepared — I can keep warm and cook on gas for a while, and of course there's always the option of heading for town. A good book, a big, fluffy sleeping bag, and plenty of excellent tea go a long way, though :-)

Kia Ora Pete…beautiful reflections on the words within books while the rain pours down. I must write I greatly enjoyed your description of self in your down vest as being like a giant grub. Just a few moments ago while tea cooked I was gathering gear for my tramp. My son Charlie has commandeered a very large North Face down vest given to me by a friend in the states. I have worn it, gratefully, one time on a camping trip in Wisconsin. Since then never. I thought it might be good in the winter Ruahine. When I tried it on the gales of laughter from both Tara and Charlie made me realize, even solo, probably not a good idea. Charlie said I looked like an oversized tractor tyre. I will leave it there. Great photo. The rain was interesting today. The Manawatu running very high. Stay in touch about Top Maropea.

Brian Doyle, who wrote The Plover... I have been thinking of that book all week.

Our weather is, unsurprisingly, opposite. I prefer yours. But then, I would wear a puffy jacket in public without a qualm, pull it around my ears to muffle any derision. Well, if were cold here. Since it's hot, I would collapse of heat stroke wearing such a thing right now, and anyone around me would be concerned about my mental health as much as my fashion sense.

My lack of natural insulation means I wear down jackets most of the year except in the height of summer (and sometimes even then, given the propensity of NZ weather to do almost anything regardless of season), but the heat you're getting would have me in a T-shirt and shorts with a cold beer. Fortunately, fashion sense is the least of my worries :-)

Kia ora Pete - long time no see....! I thoroughly enjoyed reading your introspective tale along with the view (I am assuming) out the window and I sincerely hope you are still rugged up against the elements. Rather a wintry blast visiting once more... Thank you once again for the beautiful photography that accompanies your blog. I trust you are well and enjoying life in the safety of the Pohangina Vallye. :-)

Kia ora KSG! Good to hear from you again, and hope you're keeping well too. I'd been expecting to draw back the curtains the other day to see the land covered with snow, but it only came down as far as the bushline on the southern Ruahine behind my place — nothing out of the ordinary for a typical winter. The view in the photo isn't in fact from the window; it's looking down the valley from the edge of the terrace in front of the house.
Thanks for stopping by :-)