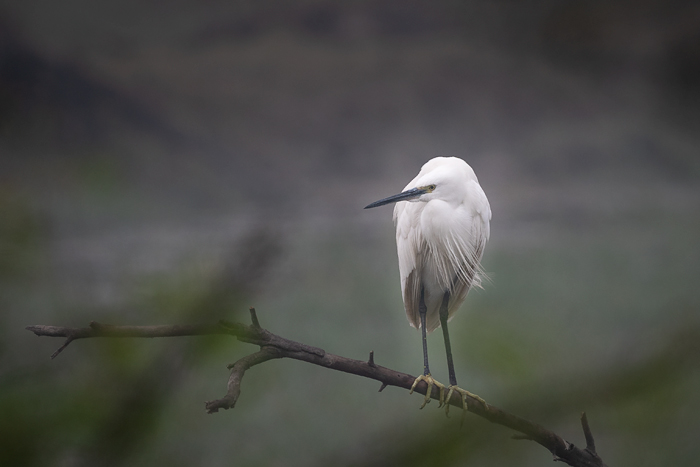 The day after the deluge, I saw the aftermath — how the rough paddock beside the railway line had turned into a small marsh, the water shining like polished zinc in the quiet morning light, the low rushes reminding me of the places I found so fascinating and wonderful as a child and still do. The small marshy paddock reminded me of places I’ve never seen but want to go — places where wizened sages live solitary lives in small huts and spend their days listening to the thin cries of strange birds, fishing for eels and catfish that taste mostly of mud, watching the trickle of smoke from the small fire rise into the low damp sky, drinking tea from small cracked cups with a patina accumulated year after year after year, at night watching the moon and eating their meagre meals of rice and vegetables and mud-fish, and just sitting there motionless so anyone seeing them would think they were meditating and therefore must be wise and enlightened. But really, they just sit there.
I want to see those places and I don’t even know if they still exist. Most have probably been drained and turned into productive land. ‘Productive’ — I detest that word. To me, it connotes the taking of something beautiful and wondrous and mysterious and removing those qualities so the thing becomes merely useful. It’s like seeing a gorgeous pheasant dustbathing in sunlight in a little clearing in a small stand of scrub in a forgotten corner of a farm and seeing only a meal’s worth of pheasant meat. Productivity would argue for clearing the scrub to grow ryegrass and white clover and get one more stock unit’s worth of grazing, which of course would produce more meat than a stringy old pheasant. This, apparently, would be making good use of the land.
‘Productivity’ values quantity over quality, and in that contest between quantity and quality, quantity will always win because by its very nature it’s easy to measure; quality, on the other hand, is far harder — and often impossible — to measure. 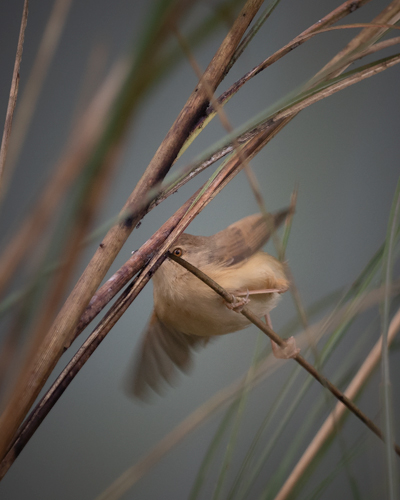 So, I wonder whether, or to what extent, those exquisite, unknown, lonely places still survive. Probably they don't, but I’d like to go there anyway, but now the world is out of bounds. Maybe these words, or someone else’s better words, are the only way to do that now.
I drove on past the idea of marshes and thought about why travelling, meaning the movement, the actual going from place to place, seems so appealing. I love sitting in a bus, going somewhere, and I’d be happy sitting in a bus as long as the bus was in motion, going somewhere. While I’m on that bus I can’t attend to important matters — productive tasks, that is. I can’t work in any reasonable sense; I can’t read (at least not for more than a few seconds); I can’t do anything productive in the usual sense of that awful word. For a few hours I’m free from the demands of the world.
Maybe that’s why I sometimes prefer buses over trains — on a train writing is almost possible, so I think maybe I should be writing. On the kind of trains where you sit stealing glances across a small, cold, shiny table at the person sitting facing you (who you sense is also stealing glances at you), writing would be perfectly possible if I decided to open a laptop or tablet, but buses don’t offer that option. Handwriting's even harder — far harder. The best I can do is jot a quick, short note or two when the train or bus stops, or scrawl, usually illegibly, when it's moving. The Traveler’s Notebook I carry everywhere carries a record of my travels not just in what I've written but in how it's written — when I browse through it and come across what appears to be written in Urdu (which I neither write nor understand), I know I was on a train or bus. I've seen people jot notes by hand in a moving bus, but I haven’t developed that skill and have no idea how they manage it.
But it’s irrelevant anyway, because mostly I don’t want to write on a bus or train or aeroplane because I have more important things to do, like nothing, or looking out the window at the place I’m passing through and letting my mind wander. The importance of these inactivities cannot be overestimated. For me, time travelling is time out.
Having said that, I’ll now point out I have written in aeroplanes. While they still seem like time out for me and I'd furiously resent having to work on a plane, they’re usually so smooth it’s easy to write by hand in the Traveler’s Notebook or the big Moleskine cahier on the fold-out tray table. Even that has shortcomings, though, because the person in the adjacent seat (on both sides if I’m unlucky) will inevitably want to sneak a look at what I’m writing, and even if I’d otherwise be happy to share the writing, the knowledge that someone might be surreptitiously reading constrains my writing; in fact, sometimes all I can find to write about is the awkwardness of writing about someone sneaking a look at what I’m writing, which of course makes it impossible to write. 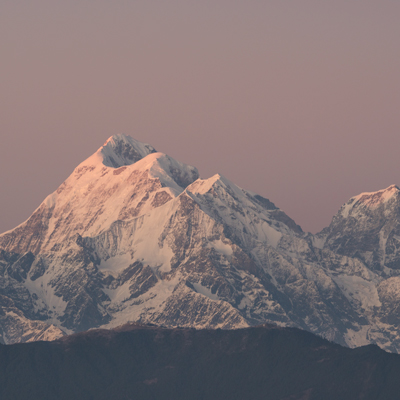 Nevertheless, I can sometimes write while in motion, moving from place to place. Last summer I managed several times to write extensively in the Traveler’s Notebook while flying — for example, on the final flight from Kuala Lumpur to Delhi, when I glimpsed, far below between white clouds, the Andaman Islands and longed to be there and knew I never would; or between bouts of gazing out the window at the Himalaya while returning from Kathmandu to Delhi, the giants breaking through ragged cloud, gleaming with snow, their shoulders patterned with bare dark and yellow rock. I recognised the Annapurna massif, could see the Sanctuary in deep shadow, saw Machapuchare; I looked along the Kali Gandaki towards Dolpo and Shey and thought inevitably of Matthiessen and Schaller, of Tukten and the others and their journey. Somewhere where I was gazing, snow leopards were roaming, hunting, living solitary lives on the edge of the possible. If I had unlimited means, I thought, I’d do the trek all the way to Shey to see it with my own eyes and understand better what Matthiessen saw and felt. I scribbled notes and looked back out the window. The mountains went on forever, lower now but still magical. I looked down and realised we must by now be flying over Bardia. Already, that time seemed distant. The plane banked slightly and shadow slid along the wing and the snows of the Himalaya drew further away. Now I recognised the distinctive forms of Trisul and Nanda Devi — we were passing over Kausani and were back in India.
I read those notes now and the ache for India returns, and that raises the paradox I don’t understand: I long for teeming India yet also long for places like the existentially lonely, hermit-haunted marshes, which I find impossible to imagine still exist in India — if anything remotely like those marshes does exist, the fish will not only taste of mud but will probably be dense with heavy metals, litter will line the waterways, goats will gnaw the rushes, and someone not more than a hundred or so metres away will snap small branches from dry shrubs for firewood.
I don't want to think about that, though. I might be wrong and hope I am. And even if I never see the hermit marshes, I want to know they still exist; I want to know that in some almost-forgotten corner of an out-of-the-way part of this old, overwrought world, some small silent sage still sips his tea as he listens to the wind in the reeds and the thin cries of unseen birds. 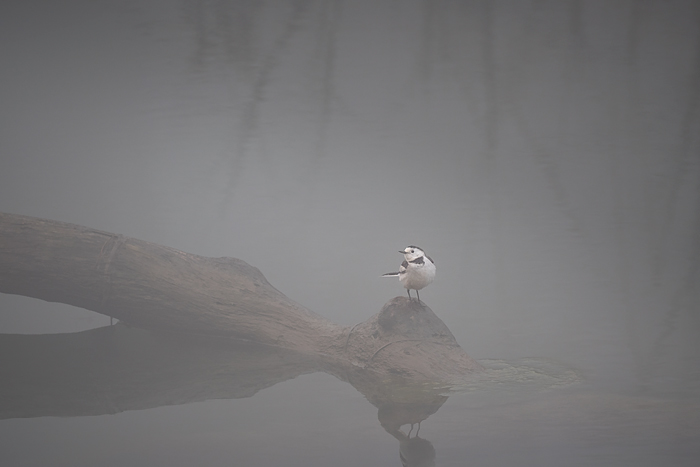 Posted by pohanginapete at 8:39 am

Always so exciting to see a new blog post go up, Pete, and I loved this one, one of your very best. I read your third sentence three times just for the sheer joy of it. I'm longing to write another essay in response to yours, but I thought about the illustration you give of the pheasant and the land and wondered whether there's another aspect to it: the person who kills the pheasant and "transforms" the land for production is only seeing the land in terms of its value to him/her - they're not seeing it as something of itself. In a world where a core question is "what's in it for me?" you remind us to look in awe. "Be kind" our PM says - and that too is a reminder that others live outside of their value to us.

Thank you, Lisa — that's such an encouraging comment :-). Thanks, too, for the thoughts about what might underlie the 'productive' attitude. I agree, strongly, and I've often thought about the distinction between instrumental and intrinsic value. I even have extensive notes on that topic and one day might get around to putting something coherent together. It's a hard thing to talk about, though, with anyone caught in the mindset that only things measurable in economic terms have real value. Also, I can't help feeling a sense of synchronicity when I read your closing sentence, because I've just finished reading Helen Macdonald's wonderful collection of essays, Vesper flights, and a persistent thread in those is the realisation that animals exist in themselves, independent of our attempts to attach meaning to them or even empathise with them. Your comment is timely, thoughtful, and encouraging, and I appreciate it very much.

A wonder-filled, thoughtful post, Pete. A joy to read. Thank you.

Your thoughts on bus travel put into words something I have also felt, usually on coaches. One which particularly stays in my mind is a journey made nearly 20 years ago from Lake Taupo across the Central Plateau to Napier. That Plateau made up of the volcanic disjecta from what must have been a catastrophic explosion which formed Taupo. All the hills have smooth edges as if a blanket had been thrown over them. My thoughts drifted, dwelling on that scenery lulled by the gentle music of Hayley Westenra over the speakers. I love your country.

I am lucky to have the Dungeness Peninsular, the "last desert in England" almost on my doorstep. One of those "those exquisite, unknown, lonely places" which still survive". A wonderful place for bird photography.

Thank you, Mike — so glad you enjoyed the read :-) I'm also delighted to know I'm not the only one who enjoys that characteristic of bus travelling. You did that particular journey from Taupo to Napier more recently than me; I've done it only once, as a passenger in a car, a very long time ago. I remember almost nothing of the journey, but now you've reminded me I might look at exploring it.

I don't know the Dungeness Peninsula but it sounds like the kind of place I'd appreciate. Sadly, the likelihood I'll see it in person now seems remote.

Thank you Zhoen. Hope you all weathered the storm OK and are managing to stay safe.