Tea and animals at dawn 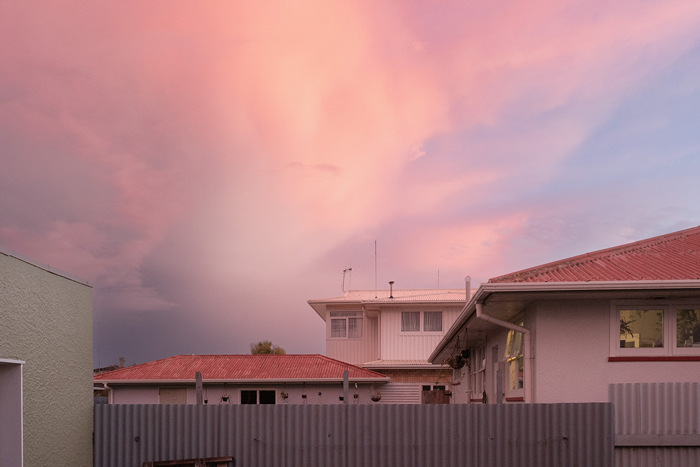 At seven o'clock the blackbird flew in like a small dark missile and landed abruptly on the lawn, yelling quietly as he settled and clucking occasionally as he began his breakfast foraging. The pre-dawn light had just begun to illuminate the birch so its main branches gleamed like white gold; the sky was smudged with hazy clouds suffused with salmon and mauve and grey against the idea of blue. I'd wrapped myself in merino and fleece and thick down and I was drinking unsmoked lapsang souchong tea, savouring the biscuity flavour, and I was warmer than on any morning I could remember since discovering what had become a morning ritual. I can't say the ritual had been intentional: I'd simply begun to sit outside first thing in the morning and gradually the practice became more regular and I began to enjoy it even more, so, as the mornings grew darker and colder I continued to sit outside drinking tea. Eventually the days shortened sufficiently so I found myself watching the dawn arrive, darkness lightening, the sky taking on colour, the birch beginning to glow, the early bird catching the worm, ducks and pigeons and starlings speeding across the dawn, the drab and faded colours of the neighbouring roofs and walls and fences lit briefly with soft light like the elegance of a Joel Meyerowitz photograph. The whole time, a thrush sang in a leafless poplar. When the sun finally slid above the unseen horizon so direct rays lit the tops of the trees and the highest houses, the magic vanished; the colours lost their subtle spectacular elegance; the world once more became possessed by humans. I'd pick up the empty tea bowl and jug and the small blue sitting pad and the Traveler's Notebook and pen roll and go inside. The blackbird carried on hunting for worms. Sometimes as I sat there next to the small wood-and-iron table by the back door I'd hear the click of paws on the vinyl floor so I'd get up and push the door open  and a small whiskery face would look up at me and Guston would trot out onto the concrete pad. If rain was falling, or had recently fallen, he'd stand right at the boundary of dry and wet. He'd stay there as if making up his mind which was worse: the discomfort of getting wet or the discomfort of needing a pee. Sometimes, getting wet was clearly worse. If the lawn was dry, though, he'd be out there doing his rounds, sniffing his garden for evidence of cat-trespassing. Usually he'd ignore me until he'd completed his mission; only then, and not always, would he stop to greet me on his way back inside. I don't mind being ignored by animals, though: I like the reminder that they're not ours, that the attention we receive is a gift, that the value of a dog's affection (or a cat's) is because they can choose to ignore us if they wish. I love the lack of respect some birds have for us and wish we gave them more reason to consider us not worth bothering about, but, sadly, I can't see that ever happening.
From the farmland beyond the edge of town I heard a barrage of gunshots as ducks were shot for sport. Note: Guston is a miniature Schnauzer. He's not mine but we get along famously.

Photos: 1. Next door. 2. The actual blackbird on the actual lawn. 3. The birch on a windy dawn.

Posted by pohanginapete at 12:30 pm

I wish we were neighbors. We would see each other sitting out in the early morning light waiting for that beautiful quiet moment of sky. We would listen to the bird songs from our little yards, trying to identify each of the singers.
We would cringe at those gunshots. We hear them here during duck hunting season. The moment of beauty falls away. Humans can be such insane creatures.

Pete, I love the way you have captured the beauty and peace of a suburban garden at dawn - that sense of sitting in an environment that appears tamed but is full of untamed life and vitality.

Robin — I'd be delighted if you and Roger were my neighbours! I think I've said this before, but it comforts me and gives me hope knowing people like you, and others who visit here, understand what I'm trying to express. Thank you :-)

A beautiful picture drawn in words. You transport your readers..
I would love to be doing that here..but a wet,cold and windy bench is not so attractive!
(Feels like 11 degrees C...40 mph winds.. summer?!!)

This is so often the very best part of the day, and most people miss it. However, I'm lucky enough to be able to view it from my bed - very, very early at this time of year in UK. By the time I wake up again the colour and drama have vanished and it's cloudy again.

An interesting portrait of Guston. An elderly dog I knew solved this dilemma by sticking his head out through the cat/dog door flap to have a good look round while peeing on the door-mat inside.

I'm just impressed that you can get up at dawn.

The early morning is such a wonderful time. Less anthropogenic noise. Birds singings and other creatures rambling about. I don't quite have a ritual, but in nesting season, I wander around my yard stopping to listen to the birds and guess who is nesting at each spot before moving on to another. It helps to know that some things are still right in this world. And, yes, too bad a few of us aren't neighbours, but in a sense we are just by connecting and conversing here.

GZ — thank you :-) That sounds like the weather we've been getting the last few days, and we're only a week-and-a-half from midwinter!

RR — so glad you're able to enjoy it from the comfort of your bed. You have a marvellous garden to look out at and I'm sure you'll have fascinating animals to enjoy — and even if they're not showing themselves there's always the possibility they might, which is wonderful in its own right.
The vision of the old dog solving that problem made me laugh out loud. I'm sure it'd be less funny if I had to clean it up, though :-|

Bev — unfortunately, a major arterial road runs close by, so the sound of traffic is constant. In a few weeks, though, I should be in a remote part of the Ruahine Range, where the only sound of humans is likely to be the occasional and faint sound of a 'plane so high up it's only a glint of reflected light. Mostly, the sounds will be the river, the wind, the crackle of the wood stove, birds — with luck, the wonderful sound of whio (blue duck) — and maybe rain on the roof.
The online world certainly causes serious harm, but it has significant benefits, too, and you've identified a major one.

I like the reminder that they're not ours, that the attention we receive is a gift, that the value of a dog's affection (or a cat's) is because they can choose to ignore us if they wish.

This, exactly this. I love that animal feel free to ignore me, children as well. I prefer to blend into the shadows. So that, when they do greet me, it's an immense gift, a rare blessing.

I also like the phrase, the idea of blue.

Thank you, Zhoen. I thought of you when I added the bit about cats, and I knew you'd understand :-)