At home with the dragon

Sometimes I’m consumed by restlessness; a nomad’s need to be moving on; the disquiet of being fixed to a place. This usually happens after reading an evocative book about somewhere I haven’t been, or watching a well-presented documentary: something that shows me places, things, birds, animals, landscapes, people—environments, I suppose—new to me. 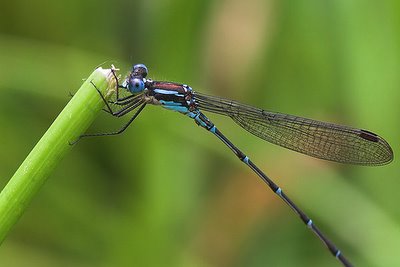 The feeling is summed up by Bruce Chatwin at his best, describing a conversation with a tramp:

“He then said, slowly, and with great seriousness:
‘It’s like the tides was pulling you along the highway. I’m like the Arctic tern, guv’nor. That’s a bird. A beautiful white bird what flies from the North Pole to the South Pole and back again.’”[1]

Sometimes I sit on the verandah watching swallows flicker across an apocalyptic sky, everything dark and angry and the paddock and the terrace-edge trees saturated with stormlight; a korimako[2] rushes across the field in front of me to the harakeke[3] and methodically checks every flower, drinking from each one on the long stalks; the pups emerge from under the house and drift through the short, seeding grass, noses down, checking what’s been there, seeking something stinky to roll in, tails in the air so I’m presented with three arseholes to improve the view; or I get home, tired, and settle down with a glass of wine, slices of crisp apple, and a nice bit of cheese—these things, a million more, and there’s no need to be anywhere else. This feeling is summed up exquisitely by Peter Matthiessen:

“The great Zen Buddhist teacher Eihei Dogen said, ‘Why leave behind the seat that exists in your own home and go off aimlessly to the dusty realms of other lands? Do not be afraid of the true dragon.’ The dragon is the buddha nature, the essence of existence, which is everywhere. You don't have to go anywhere to find it, it's right here, right now. Once you have that sense of life, it doesn't matter where you are. You're always home.”

They seem to be different—poles apart, you might say. Are they?

I walked down the road in the warm evening, in the shadowless, dull light of a nor’wester that hadn’t quite arrived. There wasn’t the slightest breath of wind. 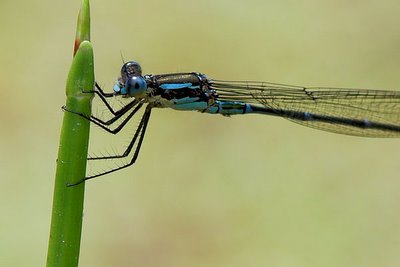 For some reason the deer seemed unperturbed although they clearly knew I was there; a few watched me walk by but seemed content to sit chewing their cud. Three fawns now—when they tuck themselves up on the ground they can vanish in grass so short you could see a lizard running. It’s only when they lift their heads that you see them. I have no idea how they manage it. In the hills they’d be utterly invisible.

As I strode down through the cutting I felt fit and lean and strong, the feel of the clean cotton shirt loose and warm, a kind of kinaesthesis making me aware of my whole body. I felt energised; picking a large rock from the road where it had come to rest after falling from the cliff, I heaved it shotput style to the far side of the road. It flew so far through the air that I startled myself.

The sky continued to thicken and grow denser with grey cloud. A few spots of light rain touched my face, and I looked up to see a strange sight. Two swans flying up the valley. They passed almost overhead, silent, methodical; long straight necks stretching towards a destination. I’ve never seen swans in the valley before.

I walked on, past the bulls in the paddock by the bridge. Like the deer, they seemed unconcerned. I walked past one, almost within arm’s length; he lifted his head, momentarily stopped chewing while he inspected me, then continued hauling in the grass that hung from his muzzle like noodles. Beyond the bridge, the sporadic spots of rain became more frequent; a light, sparse, spitting drizzle not yet capable of wetting anything. I turned and began walking back, knowing the inevitable—that it would gradually become denser, heavier, wetter. A ute[4] with a dog on the back passed me and turned into the bull paddock. I realised then—I have no idea what led me to the thought—that I feel most at home where the qualities of wildness, possibility, uncertainty, and complexity are strongest; in places that might be described as ramshackle, rundown, untidy. 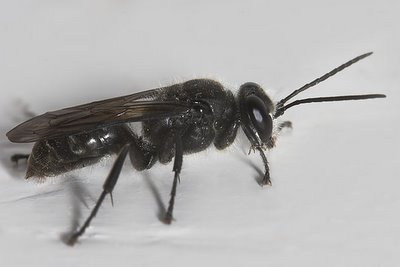 Conversely, I understood that I have a horror of perfectly neat, tidy, trimmed, organised places—weed-free pastures, well-tensioned fences, freshly-painted buildings; places that people call efficient and productive but I call sterile and exclusive; places with characteristics that say, “I own this, I look after it, keep off, keep out, there’s no place for you, don’t trespass.”

So you go somewhere else; you keep moving, like the tides was pulling you along the highway. Then you feel at home.

Photo 1: The damselfly Austrolestes colensonis. This is a male. Damselflies and dragonflies comprise the Order Odonata.
Photo 2: ditto.
Photo 3: The mason wasp (usually referred to as the mason bee, but it's a sphecid wasp), Pison spinolae. They're everywhere at the moment, packing spiders into clay cells wherever they can find a suitable crevice. I liberated this one from the laundry windowsill.

Posted by pohanginapete at 7:44 pm

I like what you said about being at home, or at least finding a sense of it. I also like the wasp picture, and how you said you liberated it from the window.

This reminds me of how I write in the basement of a house, how my home, and I share this space, especially in winter, with many creatures, mostly, I think, spiders. They keep their space, and I keep mine. Every now and then I must liberate a wily spider who thinks it has access to my space, but otherwise we share. They don't freak me out too much unless they begin to move around when I'm here. That almost never happens. (I think think they're more afraid of me than I am of them!)

Oh yes, spiders... I share my place with plenty, and like you, I'm happy to share while they stay put. I love the mason wasps; when I hear them buzzing away as they wall up another spider, I can't help smiling, even if the spiders are getting a raw deal. I did have to draw the line the other day, though, when a mason wasp cruised around my room looking for a nest site and decided to check out the leg of my shorts. I was wearing them at the time.

I often considered the quandary of whether to be a wanderer and to go to many places, or to be at home and be content to wonder. When I was young I concluded that either path would take me exactly where I was going, which is at home in myself. I did a bit of wandering, lived all over the US, but found that I preferred rootedness. The things we can see out of our window seems as vast as the whole world.

Good thoughts, RD. Wandering and wondering. I did find that when I was overseas I wondered a great deal; that, to me, seemed one of the great things about it. It helped me see better, too. Most of all, it helped me to become more (to use your words) at home in myself.

Outside my window right now I can see sunlight, a swallow in it, a starling checking green, shiny grass for grubs, lots else. A blackbird's scolding—Tigger or Ming on the prowl, I guess—and I'm listening to Keith Jarret; La Scala. A beautiful Christmas morning. A very merry Christmas to you, the Pirate, the kingfisher, and everything else.

caught yr comments on Whorled Leaves. I like the dragon flies. They are a special thing to me. From my days spent meditating by ponds on stonington deer island (maine)and in the santa cruz mountains. Also your references to Dogen come home. Though my brand of buddhism is Tibetan, I studied zen on my own for six or seven years. Read everything of his I could find.

I dig the wndering/wondering thing as well that RD brings up. (HEY RD!)

Yeah Dave, they're amazing animals. They're supposed to be among the most "primitive" of flying insects, yet they're among the strongest fliers. When I was a little nipper they always seemed strange and exciting; even now, I still feel something of that about them.

I don't profess to know much about buddhism, but what I've read and heard about it seems to fit well with my intuition. And yes, wandering and wondering: two things I think I'll always do...

Thanks for raising the "home" issue over at Whorled Leaves, Dave. Good thoughts. Cheers.